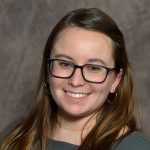 Shalom! My name is Ashley and I'm thrilled to be serving as your Student Rabbi. I am a rising fifth-year Rabbinical student at HUC-JIR in Cincinnati, Ohio. I was born and raised in Wooster, Ohio, and grew up at Temple Israel in Akron, Ohio. I spent every summer growing up, at URJ-OSRUI in Wisconsin. I graduated from Miami University in 2014 where I studied History and JewishStudies.   Following graduation, I lived in Israel for a year and taught English to elementary school students in Ramla.  Prior to rabbinical school I lived in St. Louis, MO and worked at Hillel at Washington University. I have served as the student Rabbi in unique places from Bryan, Texas and Fort Walton Beach, Florida to Jefferson City, Missouri. I have found so much joy and meaning serving as a Student Rabbi during my time in seminary. I am so looking forward to spending the year together learning, singing and praying. thrilled to be returning, after a three -year hiatus, to her family at Congregation Beth El, where she had been cantorial soloist for 30 years. She hopes that she will continue to learn and grow and share her singing with the wonderful Michael Ricketts and the community that she cherishes.

Rabbi Jeffrey Ableser served as the spiritual leader of Congregation Beth El from 1993 – 2018. He came to Windsor after serving pulpits in Toronto, Carmel, California, and Phoenix, Arizona. Rabbi Ableser is married to Judy, and has three adult children: Daniel, Rachel, and Jake.

During his tenure at Beth El, Rabbi Ableser has seen children he named become Bnei Mitzvah, and welcomed children he consecrated under the chuppah. 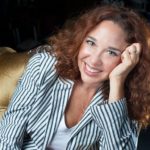 Tracey Atin was born and raised in Toronto, the daughter of an artist/physician: Harvey and librarian/home-maker: Dorothy. She began singing as a child with the Canadian Children’s Opera Chorus. In High School, she was lucky enough to have Ben Steinberg (Shalom Rav) as her music teacher. Later in life, after many adventures, she went on to get degrees in Drama (B.A), Education (BEd), English (M.A.) and Music (BMA). She has been married for 30 years to Robert Godden and they have a son. James, who is a musician and mensch, as well as Bob’s daughter Rebecca, and son, Matt and 5 unique, fabulous grandchildren. She founded and helps to run a theatre company called Korda Artistic Productions where she is the executive director and toilet cleaner. She is a writer and teacher as well as performing a wide variety of music and theatre. She has sung with symphony orchestras and premiered Jewish music by Srul Irving Glick and Helen Greenberg. After Covid, she will return to singing with The Light of East Ensemble (Ladino, Arabic, Greek, Hebrew, Armenian, Turkish and occasionally Yiddish music) and the Cedar Island Quintet (music from the 1920s). She is thrilled to be returning, after a three -year hiatus, to her family at Congregation Beth El, where she had been cantorial soloist for 30 years. She hopes that she will continue to learn and grow and share her singing with the wonderful Michael Ricketts and the community that she cherishes. 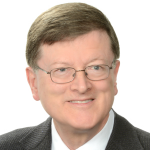 Michael Ricketts holds a BMus in organ performance and an MA in Religious Studies. His career in religious music spans more than four decades in the Windsor area. He is especially pleased to be returning to Congregation Beth El to work with Cantorial Soloist Tracey Atin.

A second generation member of Congregation Beth El; Sarah is happy to be part of the day-to day running of the Congregation. She is available to help with any administration or membership issues; or to help plan life cycle events. 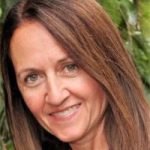 Karen and her family moved to Windsor from Toronto in 2012. She has a background in software design and IT Management. Karen is passionate about community service and committed to making a difference in the lives of others. Among her many hobbies, she enjoys the challenge of escape rooms (with a near-perfect escape success rate!) and spending time with her husband Charles and two children, Stephanie and Philip.

Lawrence is a life long resident of Windsor, operating 2 businesses in the
Essex County area. With his wife Jori, a teacher, they have a busy family with
2 daughters, Kylie and Marley, and a son Zachary.